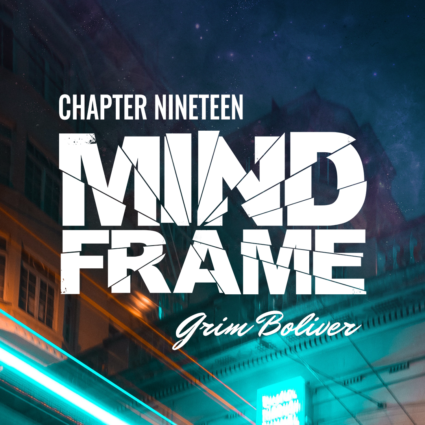 Grim knew that only the individual person made an area dangerous. He also knew that he was the only person here in danger, based on his isolated location and lack of guards or surveillance. This type of mistake was how he got caught by the Maglichi’s in Italy before he was tortured.

In Chapter 19 of Mindframe, we revisit Grim. We left him after he gave the Academy Permit to Sophie Arnez’s mother in the bookstore. Shortly after, he bounded onto a train to follow Penny whom he spied leaving the Plaza. His chase for her leads him to true danger and reminds him exactly why the lethal Mò Yú was activated in the skies above LA—to defend against a secret Deviant meeting.