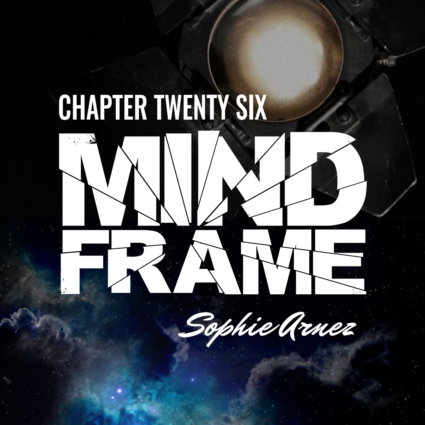 Admiral Oshiro was focused on Arnez. Oshiro said, “Arnez, stop what you’re doing and surrender. I don’t know how you’re doing this, nor can I fathom why, but you’re never going to get off of this station. This is not a request. You have five seconds to comply.” Oshiro was not bluffing or playing at being tough. In exactly five seconds, or now, more like four, Arnez was going to be shot dead for attempting to kidnap Marcellus Ball.

In this episode of the Mindframe Podcast, we circle back around to Sophie Arnez. She had just begun her plan to kidnap Marcellus, but she found herself locked in the Framing Chamber with no idea on how to escape. The next part of her mission kicks in with the help of some Deviant colleagues. They have to use some rather unorthodox alien tech, and it doesn’t all go as planned, but Sophie is ready to make her move.