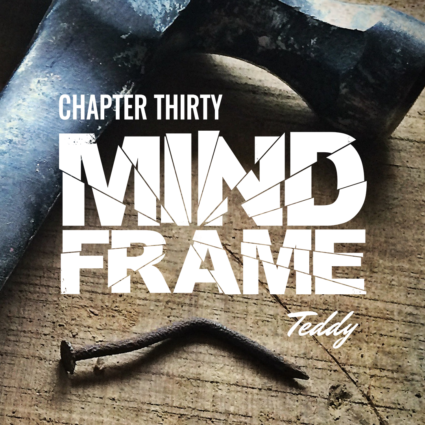 Suddenly, there was a deep rumble that felt like an earthquake or an explosion. He heard no sound but felt the bass deep in his chest. The salt vibrated in a circular pattern from the center of the room…His mind turned to the recent Deviant bombings on a flight school in Prague. The academy here would be a perfect target.

In this chapter of The Mindframe Podcast, we come back to Teddy Brown. When we saw him last, he had just convinced himself and his roommate Mariel Barbeau that they should take the Framer test to see if they had any psychic abilities. Though they were half joking, they both agreed to take it. When Teddy found the odd man named Kubo in the test center, he was taken through the strange door that opened to the test. Now, he’s in for a test unlike any he’s ever taken, and the results will change him for life.