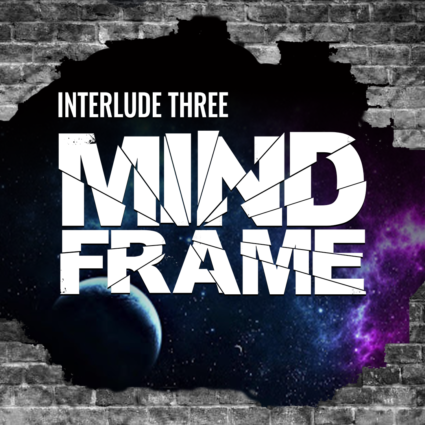 By twenty, his momentum, his power, and his cognition were granted so much potency that he lost any sense of being something called a human. His neurons were no longer him. It was then that he would dance the world, taking leaps as grand as a continent, touching the hundred now and again with a graceful, light tilt and then springboard halfway around the world. There was no body. There was no time. There was just the mind under all things.

On this Interlude of Mindframe, we visit a character who we haven’t seen much of, and we explore the world from their very unique point of view. They get called on by a friend and mentor to help teach a woman information about a strange device beamed down by the Senders. While they are at it, they get into a discussion of the two types of psychics that exist outside of the Framers and Messengers, and we get a different side of a famous family. It’s a trippy one, but worth the trip!